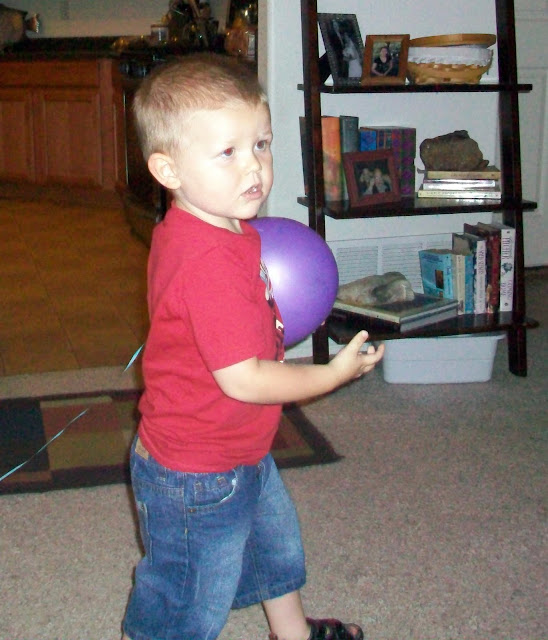 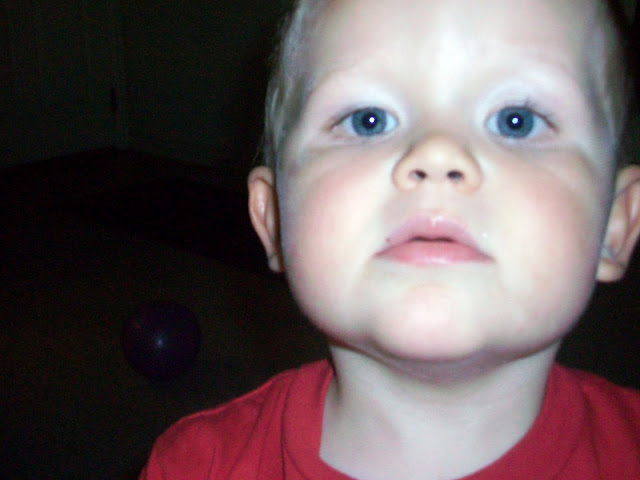 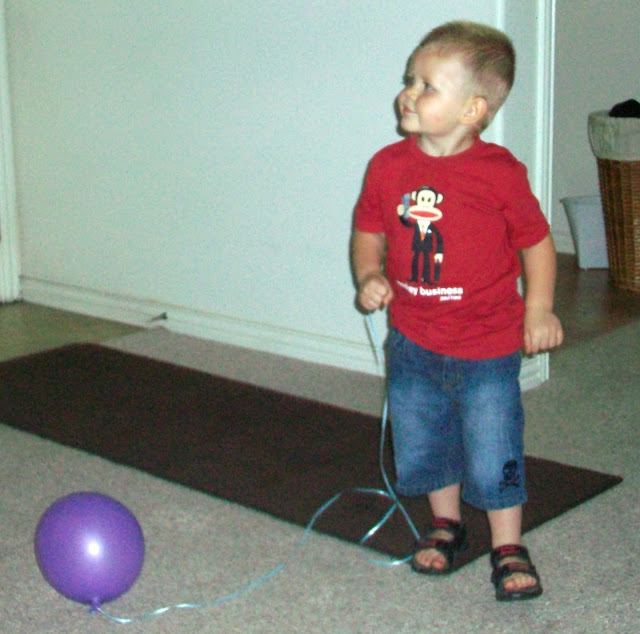 it becomes a puppy on a leash.  A puppy that he ran back and forth with most of the afternoon.  A puppy he taught to sit and to jump and to roll over.

I had forgotten the wonderful imagination children have and was delighted to be reminded by this little guy.
Posted by Gram at 8:35 AM 2 comments:

It is very serious business getting those liners in the pan.

But then you get to lick the batter bowl!
Posted by Gram at 8:56 PM No comments:


I asked if he needed help coming down the stairs.  He said "I'm fine".  He is walking down stairs all the time and has decided he doesn't want to sit in his high chair anymore.  (Sigh).  Time goes so fast.
Posted by Gram at 8:58 PM 3 comments:

The Colorado Symphony played an Independence Day concert last night at Civic Center Park.  We took a picnic and headed out in the late afternoon.  I am glad we got there when we did because it was packed and although we weren't real close we could still hear.


There were 3-D glasses for the light show.
While we waited for the concert to start, we played games
or painted with Auntie Carrie
we ate dinner and Kaiden had Cracker Jacks for the first time (he loved them)
played with Dad.
Finally, the concert started with patriotic music - Kaiden was mesmerized
Finally, the concert started and Kaiden was mesmerized throughout the 2 hours, watching the light show, listening.  I told him the man in front was the conductor and he watched him told me conductor makes music and flaps his arms!  He did not want to sit down until we showed him there were large screens that he could watch.  He was not sure about the fireworks.  At the very end when they got really loud he said he wanted to go to the car, he was scared.  He sure loved the music, though!
Posted by Gram at 1:09 PM 1 comment: