Last night Nathan and Stacy and the boys took us to dinner for my birthday. They also brought me flowers. 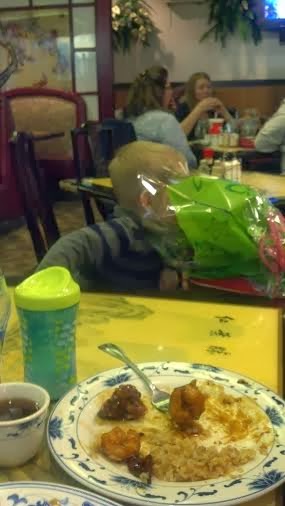 After I smelled them, Trevin wanted to also.  He buried his whole face in them and would take a deep breath and pull back and smile. 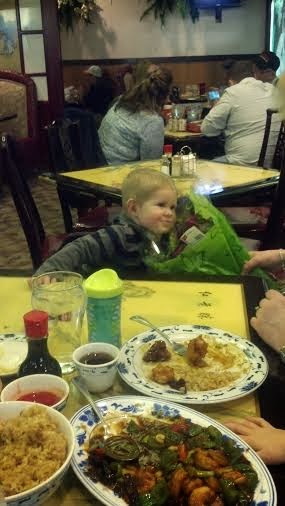 We found this globe at a thrift store and bought it for the boys. They have really enjoyed it. One day Kaiden told me they could make a tornado by spinning the globe around and blowing to make wind. 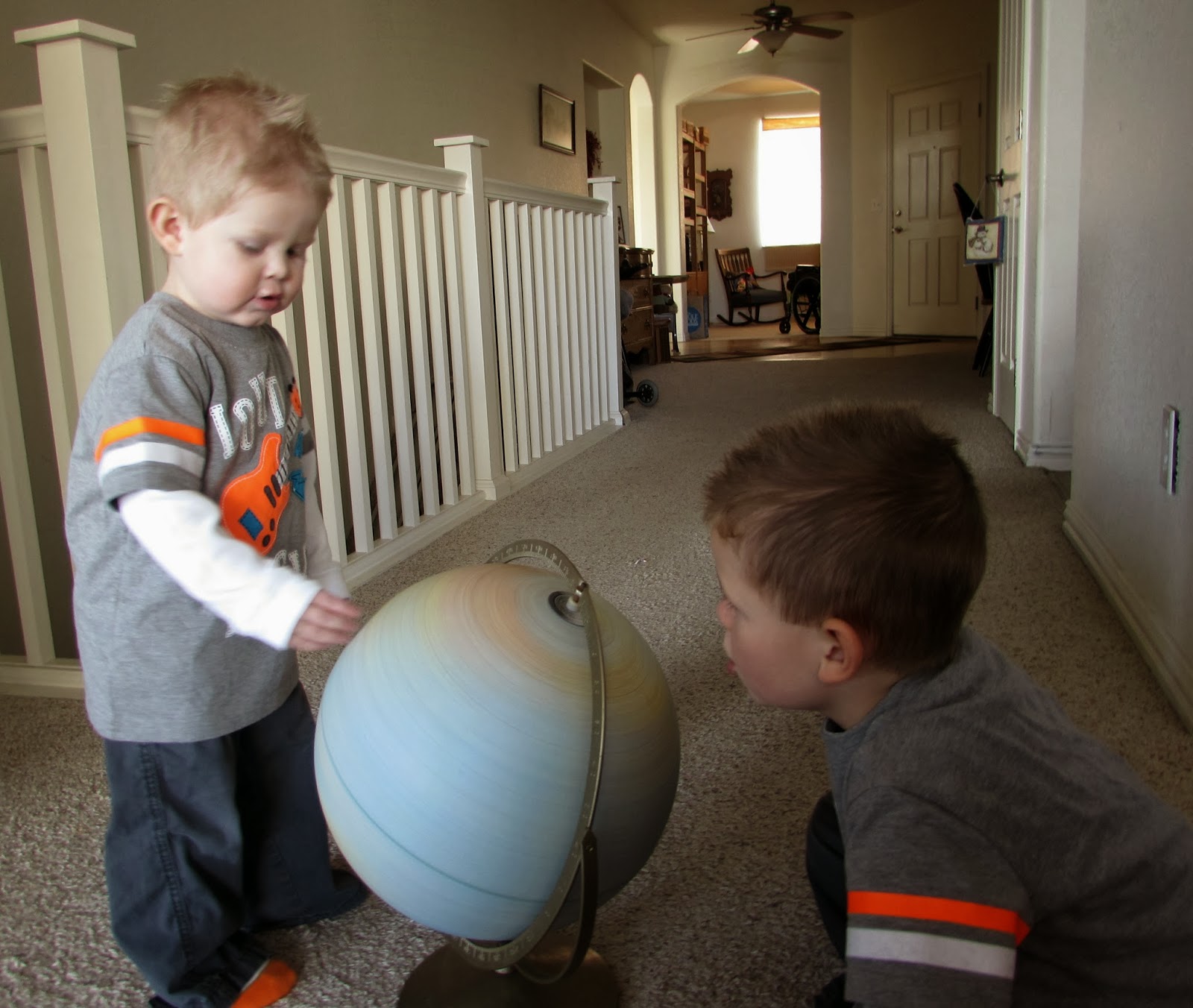 Which is exactly what they did. 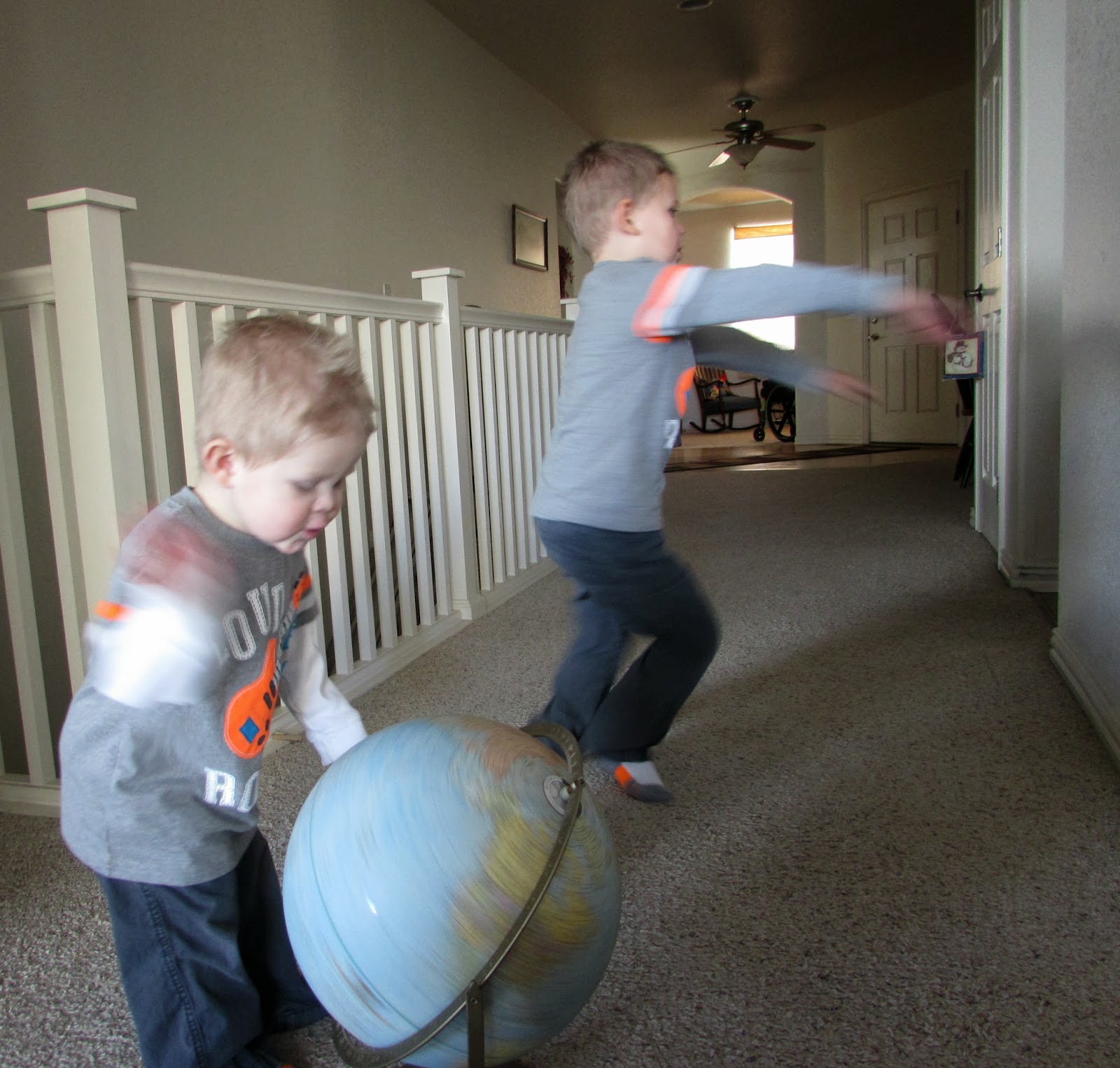 Then Kaiden left Trevin in charge of spinning and blowing and showed me what the people did during a tornado dance.

I marvel at his imagination!
Posted by Gram at 8:00 PM No comments:

My dinner dates for Valentine's Day 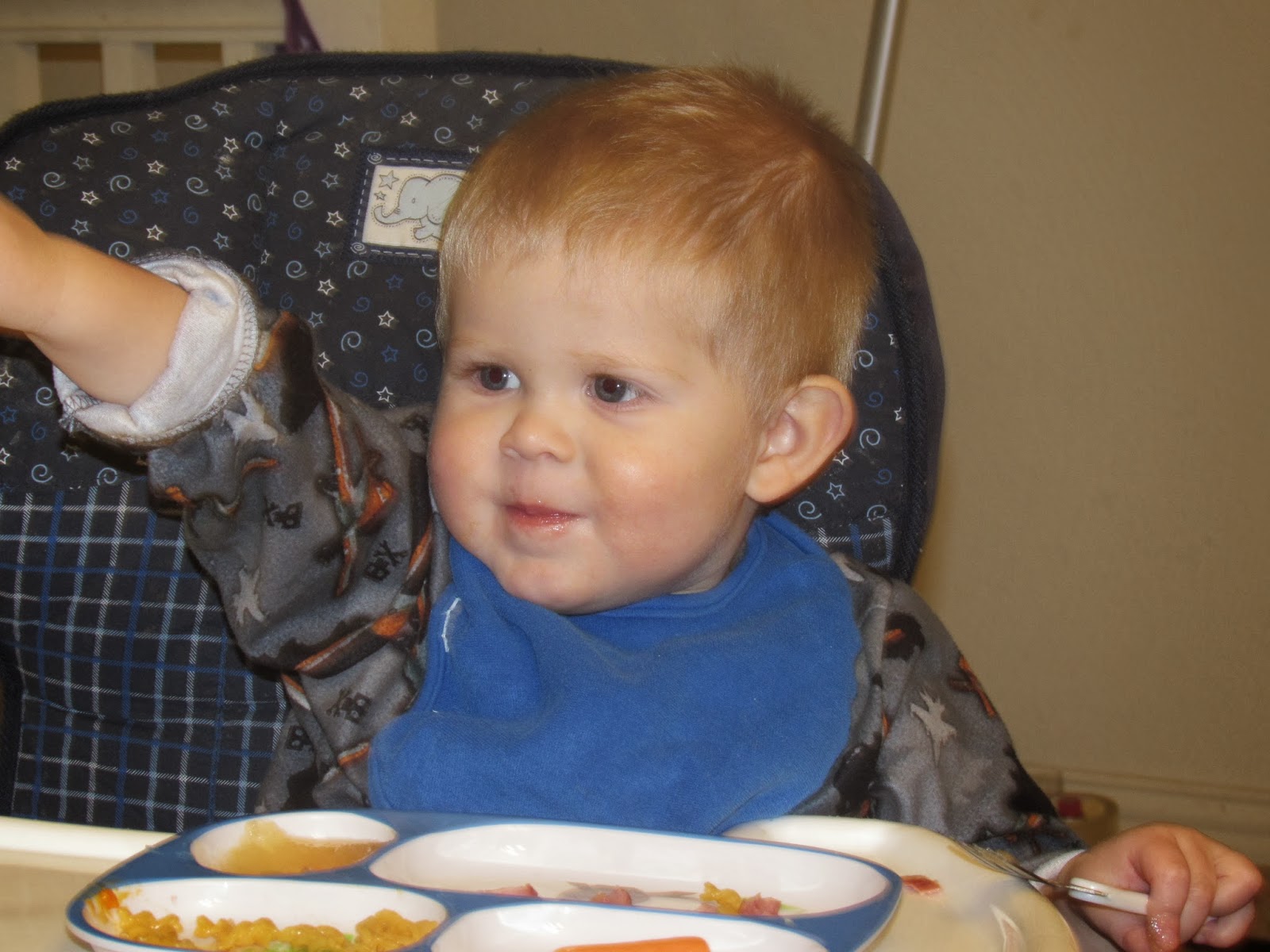 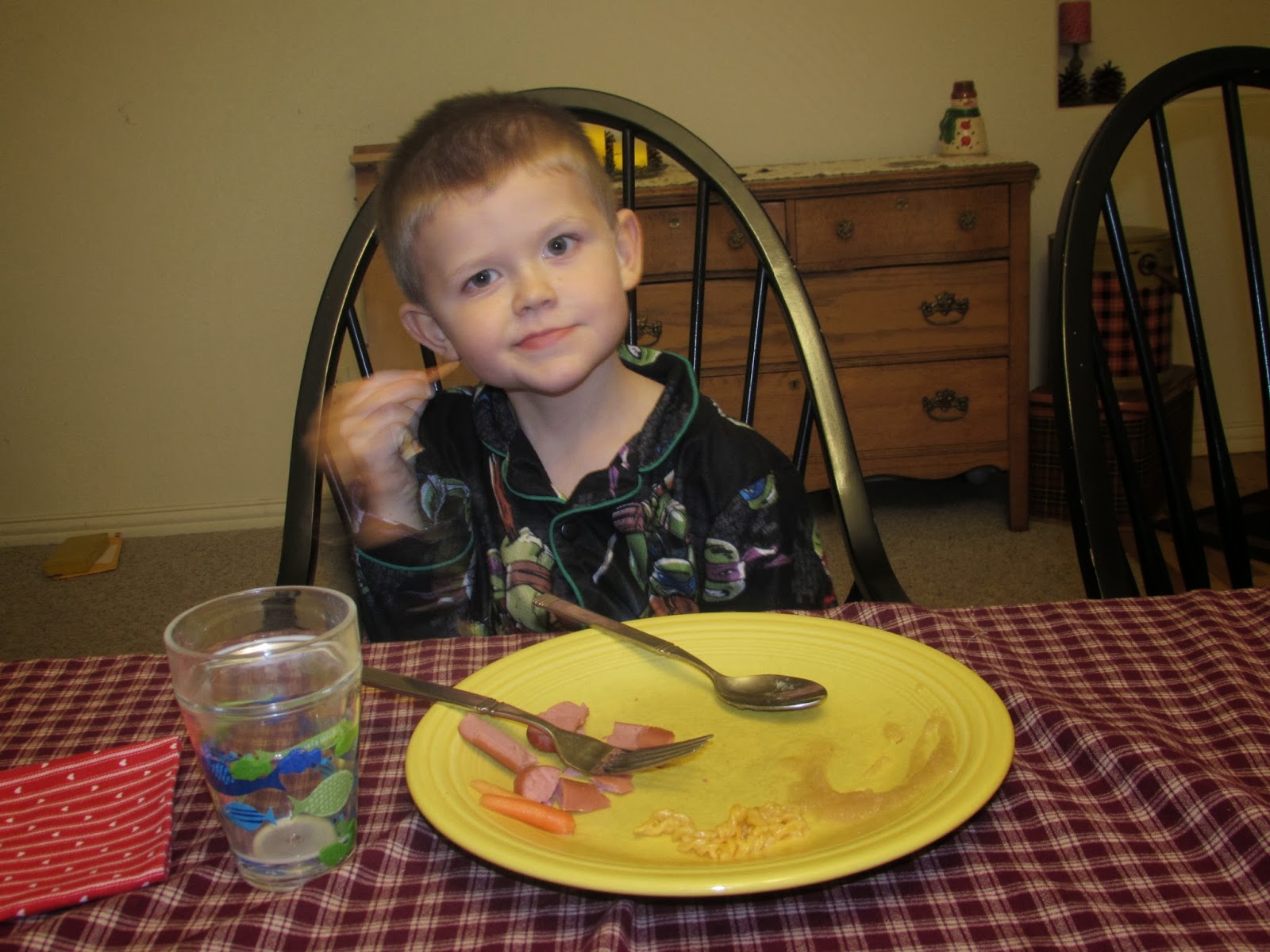 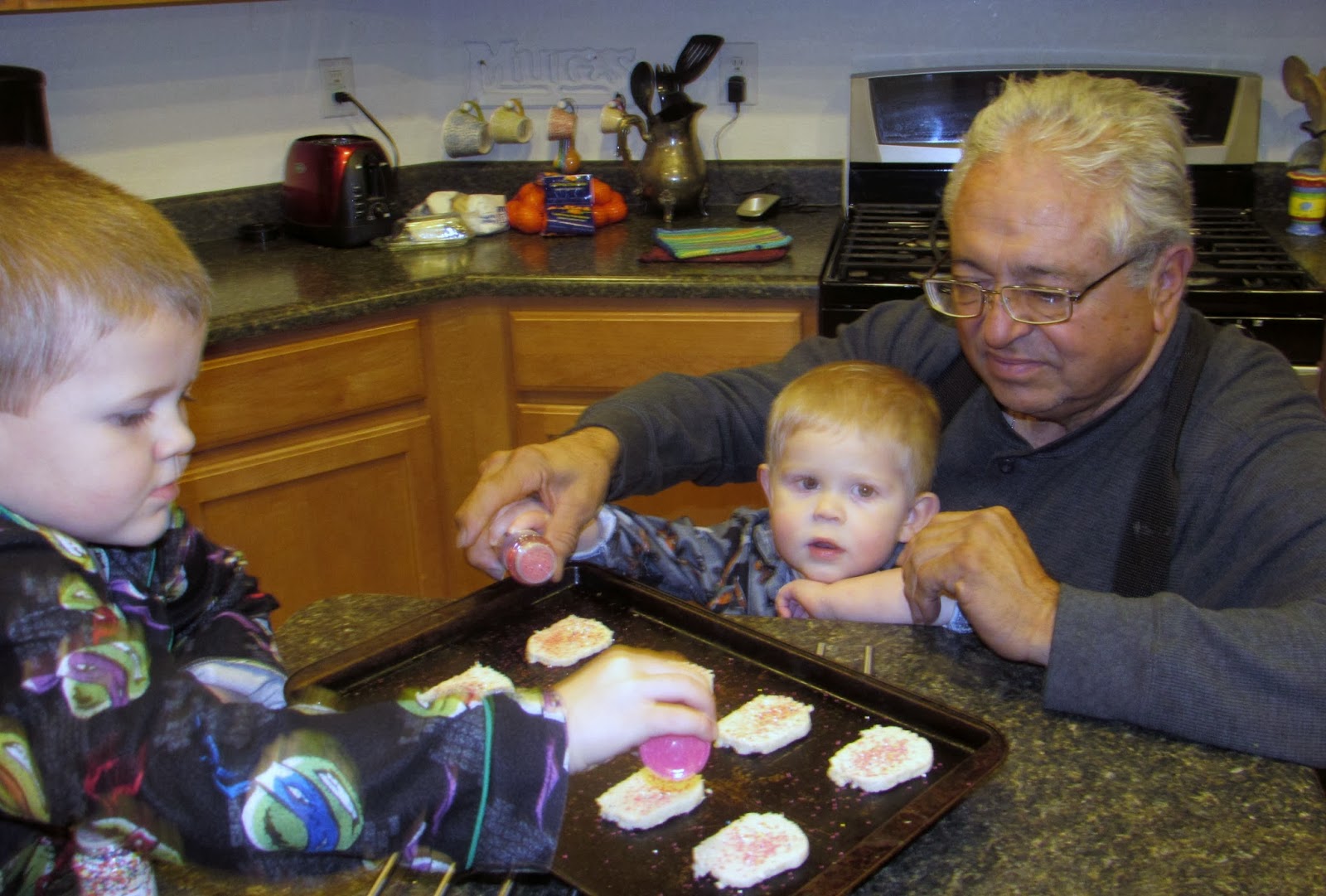 And what would Valentine's Day be without a little something sweet - decorating cookies with Tito.
Posted by Gram at 10:31 PM No comments:

Kaiden and his family spent the day of his birthday at Boondocks and by the time Tito and I made it to his house that night he was already in his pajamas. 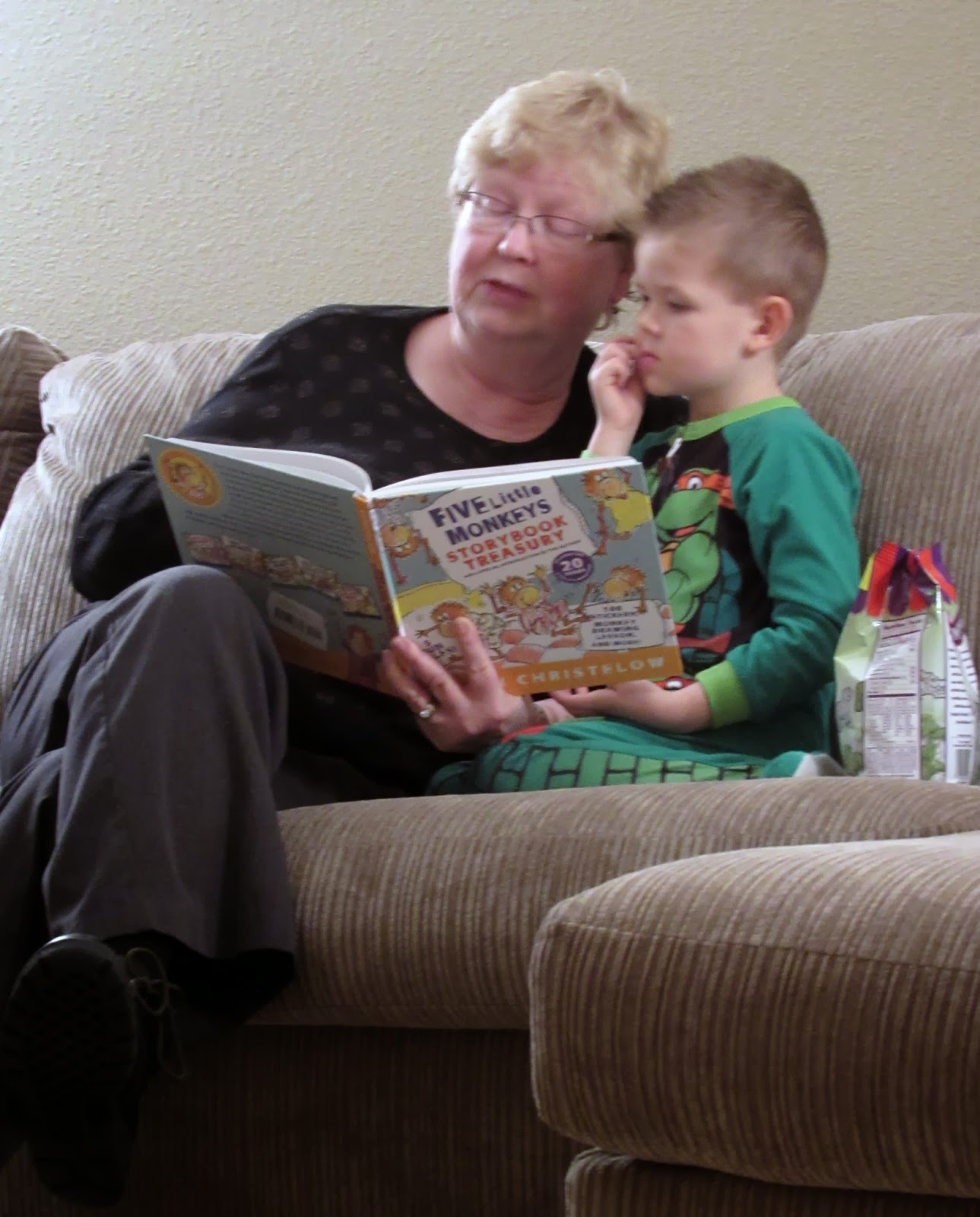 One of the presents we got for him was this book and I was able to read him a good night story.  He is so anxious to be able to read, he can pick out some words and is so proud of himself.  I know that there will be fewer and fewer moments like this with him as he starts school and friends and other pursuits will be more important to him than Gram, so I treasure them so.

When we were leaving he handed me 3 of the tickets he had left from Boondocks - the kind you get as rewards for playing games and can spend at the gift shop.  He said these are for you to buy something nice.

They did - a very sweet memory for Gram.
Posted by Gram at 6:00 AM No comments: 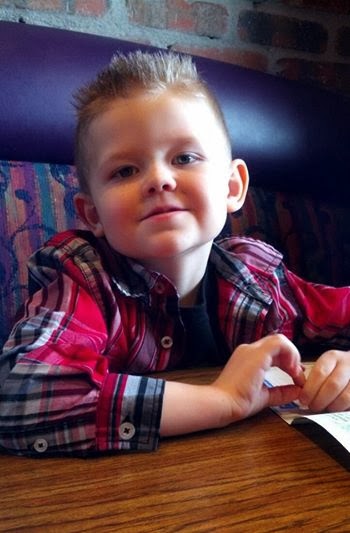 Kaiden turned five last Tuesday.  He is just a joy to us and we love him to pieces.  He just amazes us.  A couple of weeks ago he said something that made me ask him how he got so smart.  He said "that is the way God made me"!  Tito and I are so glad he did!
Posted by Gram at 1:17 PM No comments: