Christmas day brought cold and snow.  It also brought family and friends to our house for presents, good food, laughter and lots of love. 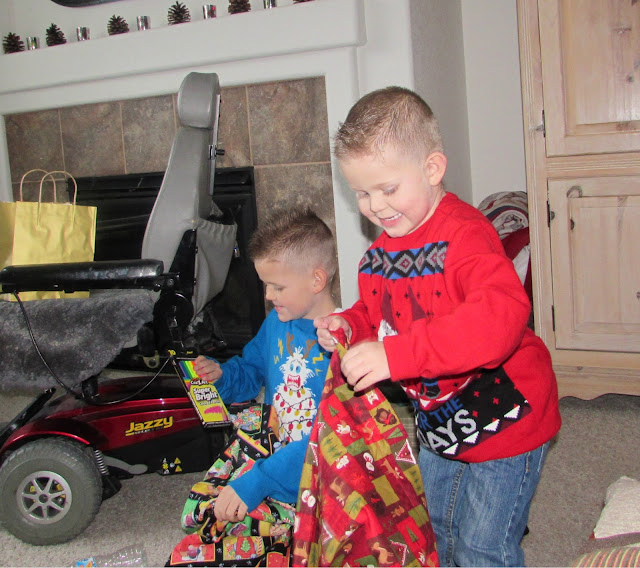 The boys handed out gifts to everyone and then dug into their bags. 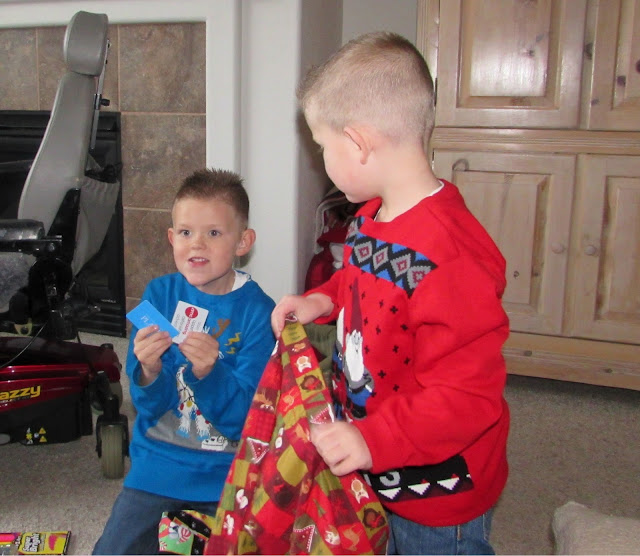 Kaiden was pretty excited about the movie gift card! 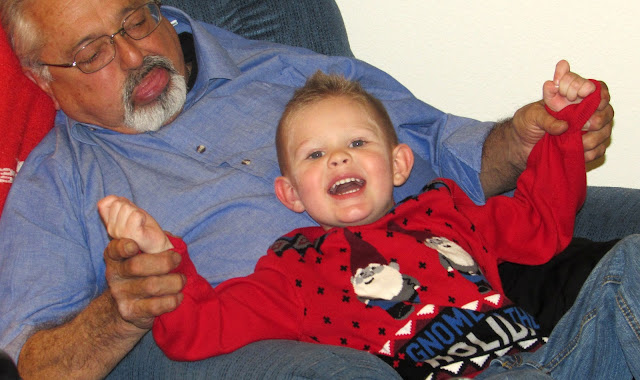 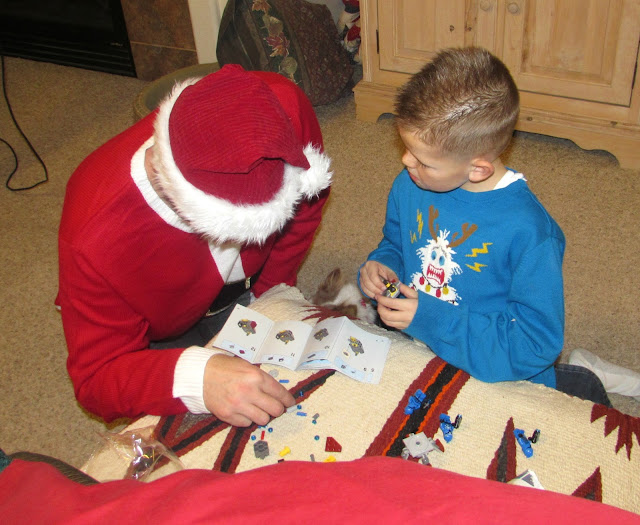 A good time with Dad putting together Star War Legos.  Note the ugly Christmas sweaters gifted by other family members.

Kaiden took part in the church's Christmas play this year.  A first, he never wants to do things like this, but he volunteered this year.  The story line was a writer trying to come up with a new twist on the same story.  She threw around ideas such as telling the story making the characters more modern, such as super heros and villians, etc.  then she was visited by the characters who told the story from their eyes.  King Herod was protrayed as a mafia boss and the kings his henchman, Mary was shown at different ages, the devil tried to talk Joseph out of accepting Jesus.  It was a nice fresh twist. 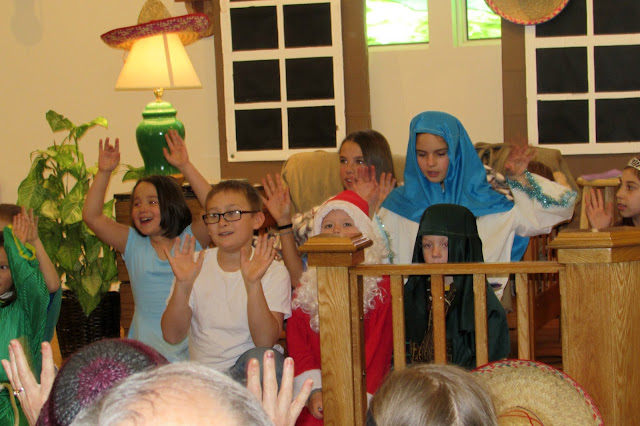 The cast during a song.﻿ 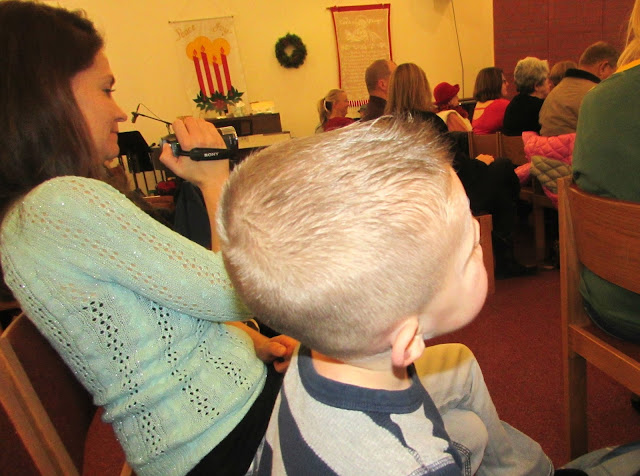 Mom filming because Dad had to work and Trevin paying close attention waiting for his brother to appear. 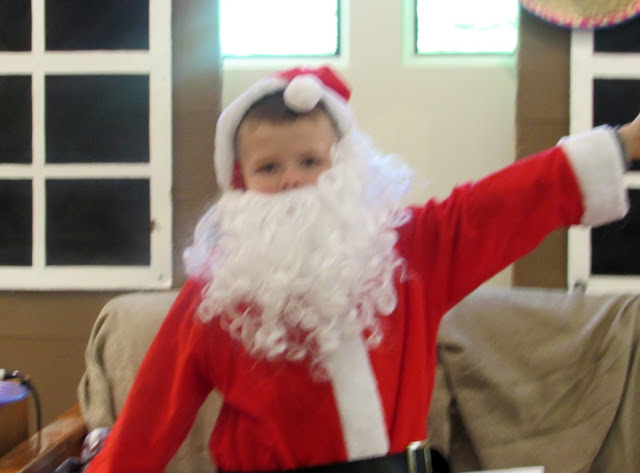 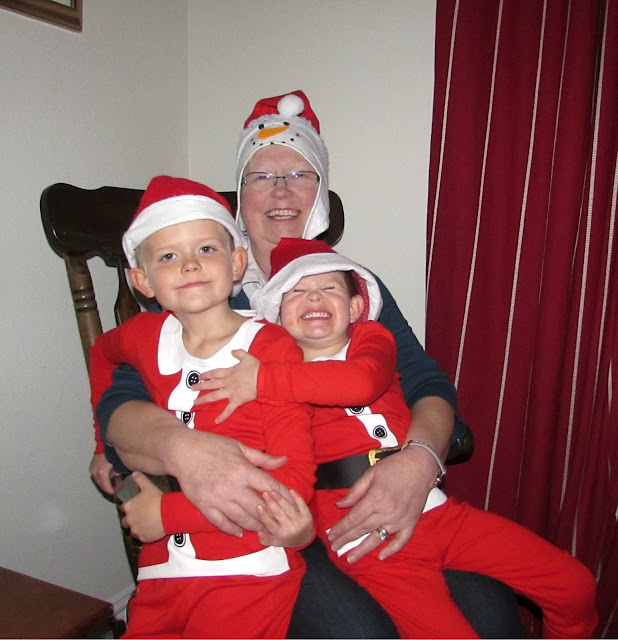 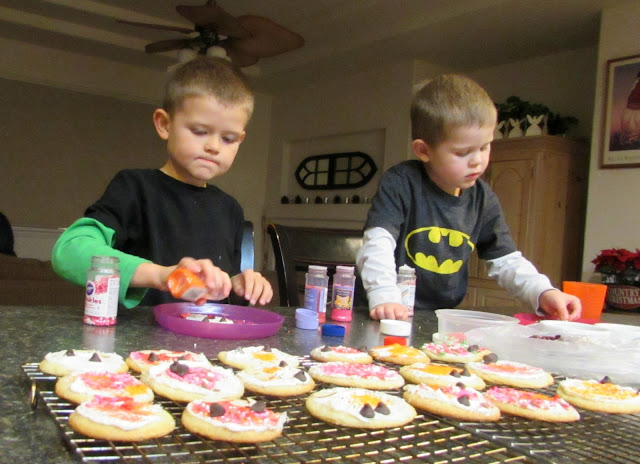 Of course, they have fun also.
﻿ 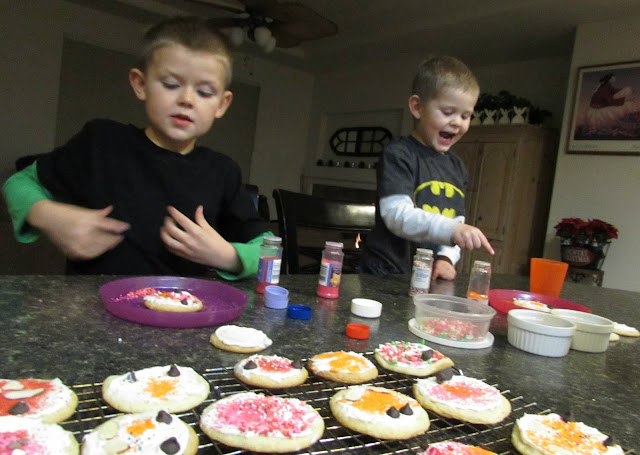 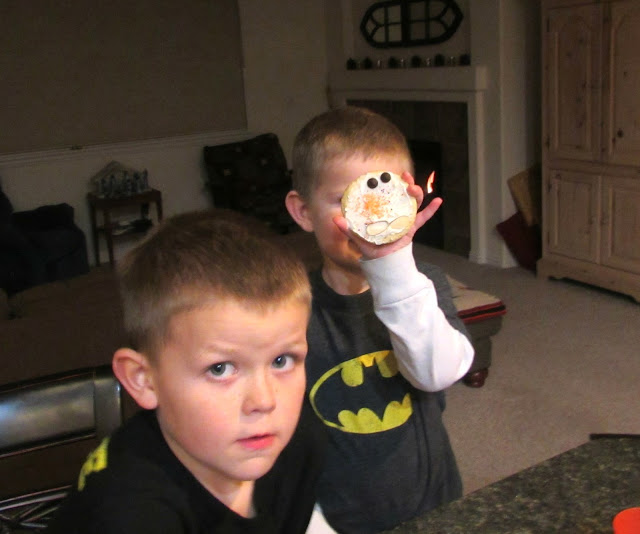 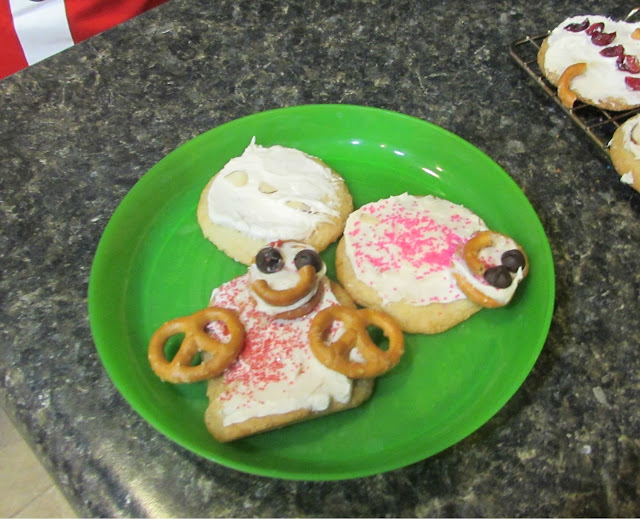 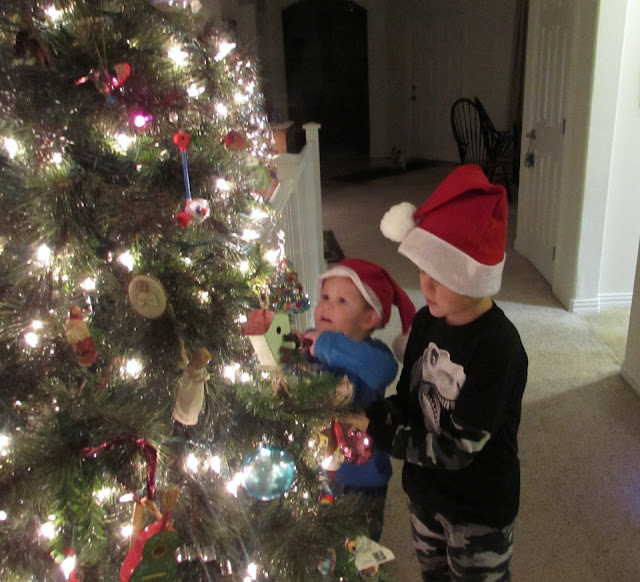 The family got together to decorate the tree the Saturday after Thanksgiving.  The boys were very interested in the stories behind the ornaments.  Trevin has been doing quite a bit of redecorating.  I dome home from work and find empty branches and 5 and 6 ornaments on others.
Posted by Gram at 9:44 PM No comments: 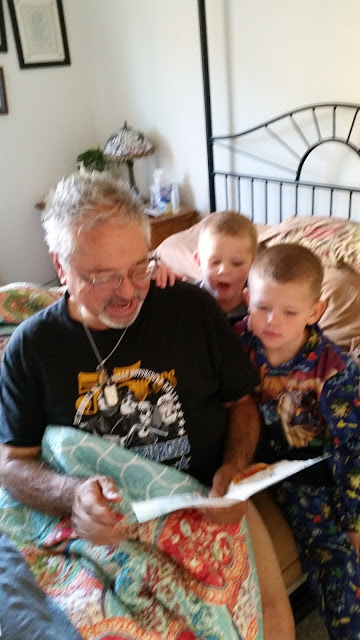 I am really late with this - but the boy's spent the night before Tito's birthday.  We let Tito sleep in and made him muffins and cards.  The boys called the muffins birthday cake muffins.